Salzburg have seen over 4.5 goals in their last 8 home matches

Salzburg and Napoli have recent history in the UEFA competitions following a Round of 16 Europa League tie last season. Salzburg won 3-1 at the Red Bull Arena and a repeat performance isn’t out of the equation in the Champions League.

Salzburg have had a strong start to the season under new manager Jesse Marsch. The club are top of the Austrian Bundesliga as they aim to win their seventh straight domestic championship.
Salzburg's first Champions League match was a 6-2 home win with 19-year-old Erling Haaland hitting a hat-trick, further goals to Hwang Hee-Chan, Dominik Szoboszlai and Andreas Ulmer. Salzburg's second match in the competition was an exciting 4-3 defeat against Liverpool.
Trailing 3-0 at Anfield, goals to Hee-Chan, Takumi Minamino and Haaland got them back into it but they couldn’t hold on. Salzburg followed that match with a 6-0 home win against Rheindorf Altach and 1-1 draw at Sturm Graz in the Bundesliga.

The only notable player missing for Salzburg is injured midfielder Antoine Bernede. Jesse Marsch has a wealth of options available in attack with Patson Daka scoring three goals against Rheindorf Altach and Sekou Koita scoring four goals in his last three Bundesliga games. 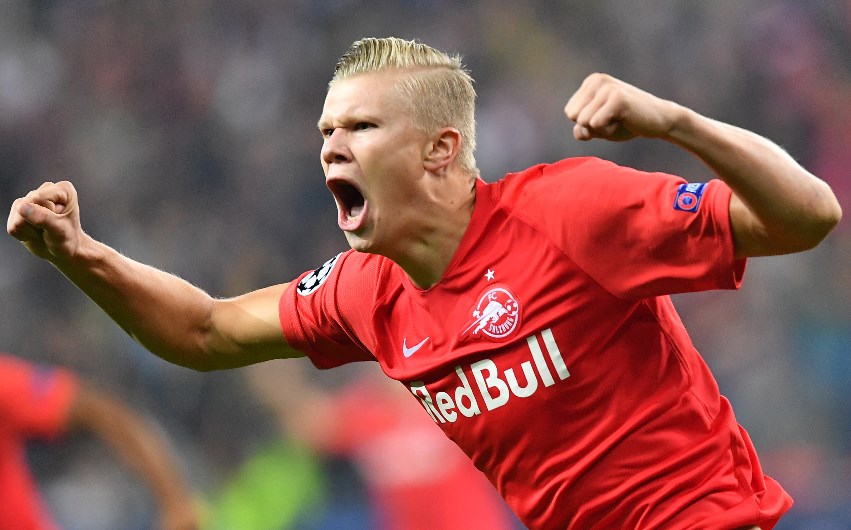 Napoli have had a decent start to the season in all competitions, currently fourth in Serie A and unbeaten in the Champions League. Their European campaign began with a 2-0 home win against Liverpool before a 0-0 draw in Genk.
Arkadiusz Milik hit the woodwork twice in Genk, Carlo Ancelotti’s side playing well but unable to score. Napoli then drew 0-0 at Torino and won 2-0 against Hellas Verona at the San Paolo with Milik bagging a brace.

Defender Kalidou Koulibaly returned from suspension against Verona but defenders Nikola Maksimovic, Mario Rui and Elseid Hysaj are all injured. Hirving Lozano wasn’t risked after returning from international duty with a knock and might miss out once again.
Dries Mertens came off the bench on Saturday and could replace Amin Younes in an attacking trio, unless Ancelotti opts for a more conservative approach in which case Piotr Zielinski is in contention.

Salzburg vs Napoli Head to Head

These clubs have met twice, both times in last season’s UEFA Europa League Round of 16. Napoli won 3-0 at the San Paolo with goals to Arkadiusz Milik, Fabián Ruiz and a Jérôme Onguéné own goal.
Salzburg  won 3-1 at the Red Bull Arena Salzburg, overcoming Arkadiusz Milik’s early strike through Munas Dabbur, Fredrik Gulbrandsen and Christoph Leitgeb but went out 4-3 on aggregate.

Bookmakers can’t separate these clubs, Napoli narrow favourites with bet365 at 2.50 to win and Salzburg listed at 2.60. A draw is valued at 3.75 and could be a popular pick.
BTTS is priced at 1.40, over 2.5 goals at 1.44 and over 3.5 goals at 2.10. Salzburg have seen over 4.5 goals in their last eight competitive home matches in all competitions, a result that can be backed at 3.50.
Salzburg’s 19-year-old sensation Erling Haaland scored against Liverpool and hit three goals against Genk. He has scored seven goals in his last five matches and is 5.00 in the first goalscorer market and 2.10 in the anytime goalscorer market.

Salzburg vs Napoli Match Up

Salzburg shouldn’t be written off here. The Austrian side had 59% possession, more shots (13-6) and shots on target (5-2) in the 3-1 home win against Napoli last season. Salzburg are unbeaten after 90 minutes in their last 13 Champions League home matches.
Napoli have been poor on the road in the Champions League, losing four of their last seven matches on the road with three draws.

Where is Salzburg vs Napoli?

Salzburg vs Napoli will take place at the Red Bull Arena in Salzburg, Austria.

When is Salzburg vs Napoli?

Have Salzburg played Napoli before?

Napoli won 3-2 against Salzburg with Erling Haaland scoring 2 goals but unfortunately not the first one. A handy 5.6 unit profit.