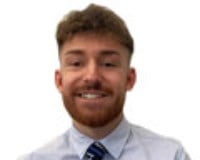 Watch UFC Fight Night live Register using code NEWBONUSStream UFC LIVE
Use code NEWBONUS. 18+ only. T&Cs apply
Stephen Thompson returns to the Octagon to face Kevin Holland this evening and the fight is being streamed live online from the Amway Center in Orlando.

Thompson vs Holland  is streamed online at Stake.com.

Stephen Thompson is on the comeback mission, following two unanimous points defeats when last seen in 2021.
"Wonderboy" will have been disappointed to go down to Gilbert Burns on the McGregor vs Porier 3 undercard, but couldn't complain about his lost to Belal Muhammad, where Thompson was outboxed and outwrestled.
Kevin Holland has fought four times since Thompson last entered the Octogon, comfortably defeating both Alex Oliveira and Tim Means earlier this year.
The "Trailblazer" then stepped up against the unbeaten Khamzat Chimaev with less than 24-hours notice, after Chimaev failed to make the weight for his fight against Nate Diaz. That lack of preparation was telling, as Chimaev took Holland to ground with his first takedown attempt and choked his opponent out.
This should be a thrilling fight between two top strikers. Anyone hoping for a Khabib-style wrestling match will be sorely disappointed.
Thompson's inactivity has to be taken into account, and he could have his work cut out dealing with a sharper, younger opponent. Yet, there's no doubting that "Wonderboy" is a match for anyone toe-to-toe, and Holland has to come back from what was a fairly embarrassing defeat to Chimaev.

Our first best bet comes on a last-minute middleweight bout between Jack Hermansson and Roman Dolidze. Jack is the much more experienced fighter here having better grappling and technical striking credentials. Roman has taken this fight last minute so we think he's entering this bout without a drilled game plan so we're picking Hermansson to either get a sneaky submission or a decision win.

Our next bet comes on the people's main event, Tai Tuivasa vs Sergey Pavlovich. This one is going to be a firefight and both men are going to swing for the fences. In a fight like that, we're taking the near 3/1 dog in Bam Bam who has fought better competition and has shown heart which is key in such matchups.

Our final pick comes on our fun main event. Although Thompson is 39, his losses have come to heavy grapplers, so we think he is facing a favorable opponent in Kevin Holland. Wonderboy is technically the better striker, and we think Holland's best chance here is a finish, so we'll pick the underdog veteran who is the better fighter overall in our opinion.

help@freetips.com
Copyright © 2023 All Rights Reserved. Reproduction in whole or in part in any form or medium without express written permission is prohibited. Players must be 18 or over and located in jurisdictions where online gambling is legal. Please play responsibly. Bet with your head, not over it. Know when to Stop. Gamble responsibly and Think about your choices. If you or someone you know has a gambling problem, and wants help, call or visit: gamcare.org.uk (UK), 800gambler.org (US), or gamblinghelponline.org.au (Australia). Gambling is addictive 18+. #Ads © 2023 freetips.com